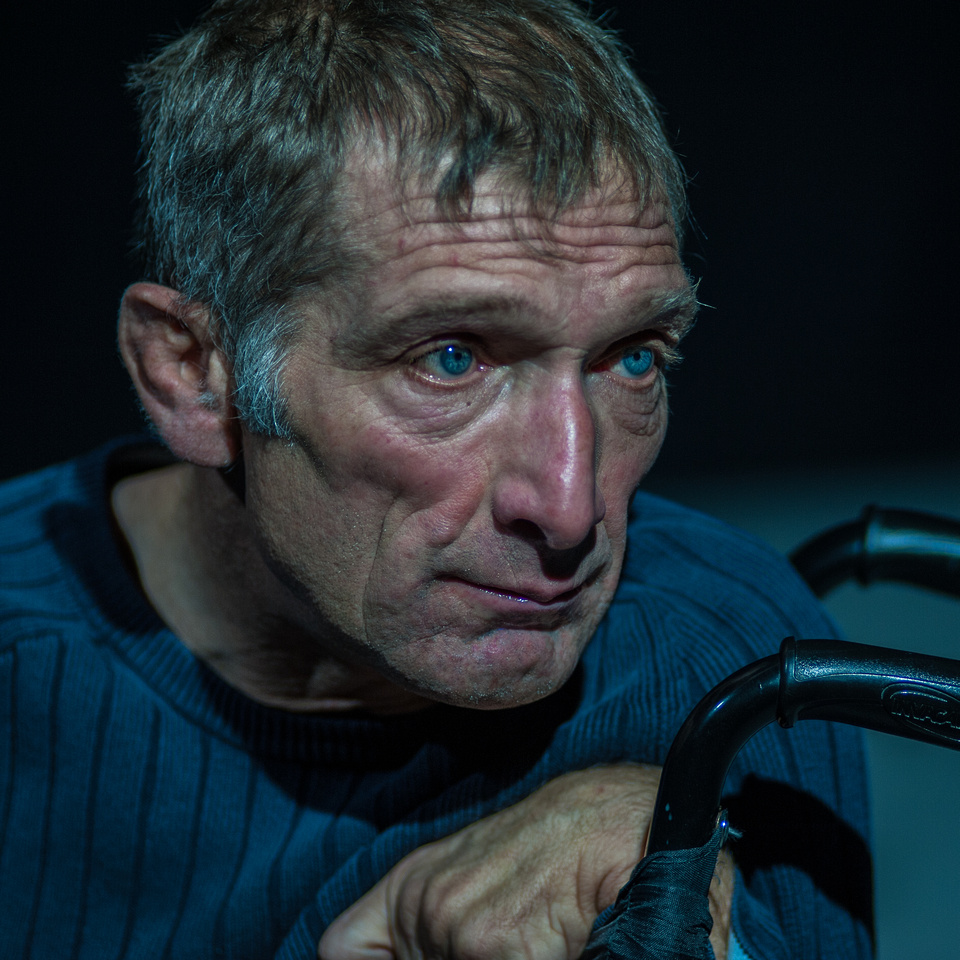 Yesterday I went back to Plymouth University to continue on with a collaboration I started with my friend Kevin last year. I have known Kev for about 20 years now but we had not worked on any projects together until last year.

Kev, or 'Disabled Kevin' as he is known by many, went to University like me as a mature student, and graduated with a BA in Dance and Theatre. He has now returned to study for his Masters and I went along yesterday to help document some material for this, and to shoot some more content for a project we hope to exhibit next year. I mistakenly thought we would be in the very well equipped Photography studio but actually we ended up working in the Video/Media room which although being equipped with LED lights and panels, and is a very nice space, presented a somewhat different proposition to the studio flash set up next door. 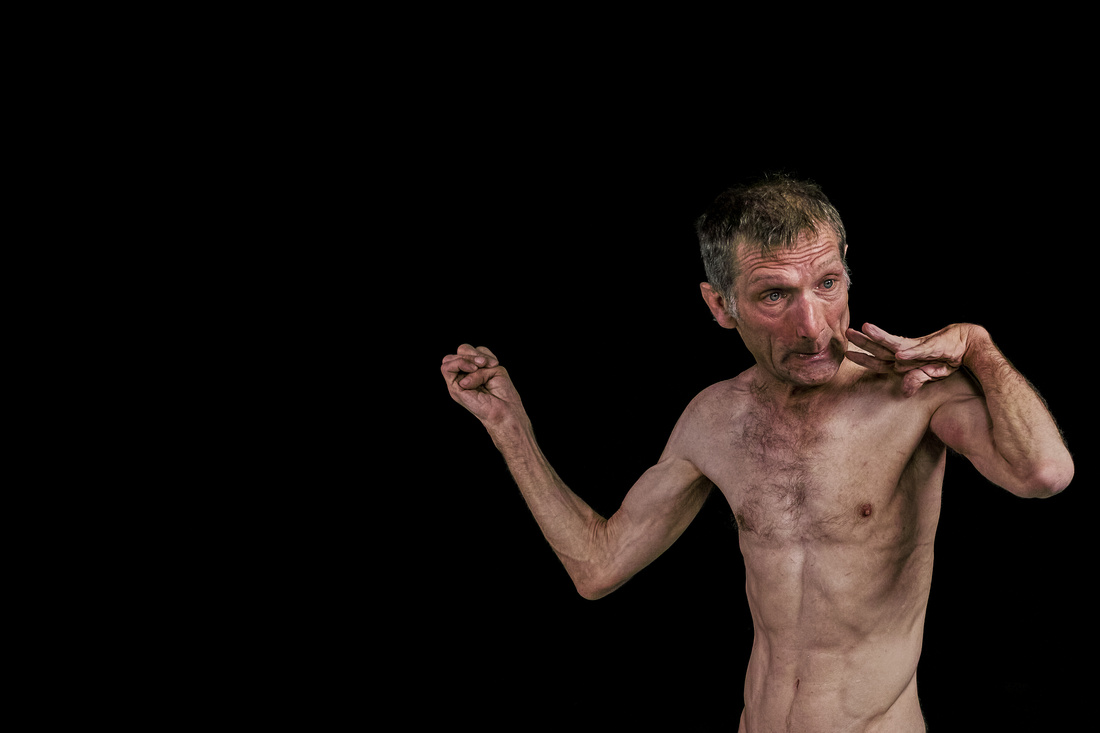 The shoot was to be a study of motion but I decided to not concentrate so much on the idea of rear curtain Sync flash until we work in the studio next door (although I did do various experiments dragging the shutter with a hot shoe mounted flash/strobe) and use a combination of in camera multiple exposures and a series of stills to capture Kevin in motion. (Rear Curtain Sync is when you instruct the camera to fire the flash at the end of an exposure, rather than at the beginning like you would in a conventional flash photograph. What this means is that when you use a slow shutter speed, any visual information you capture at the beginning of an exposure, when the curtain or shutter opens, will show motion in the form of blurred trails behind the subject and then when the flash fires at the end, the subject should be captured sharp and frozen in motion.) 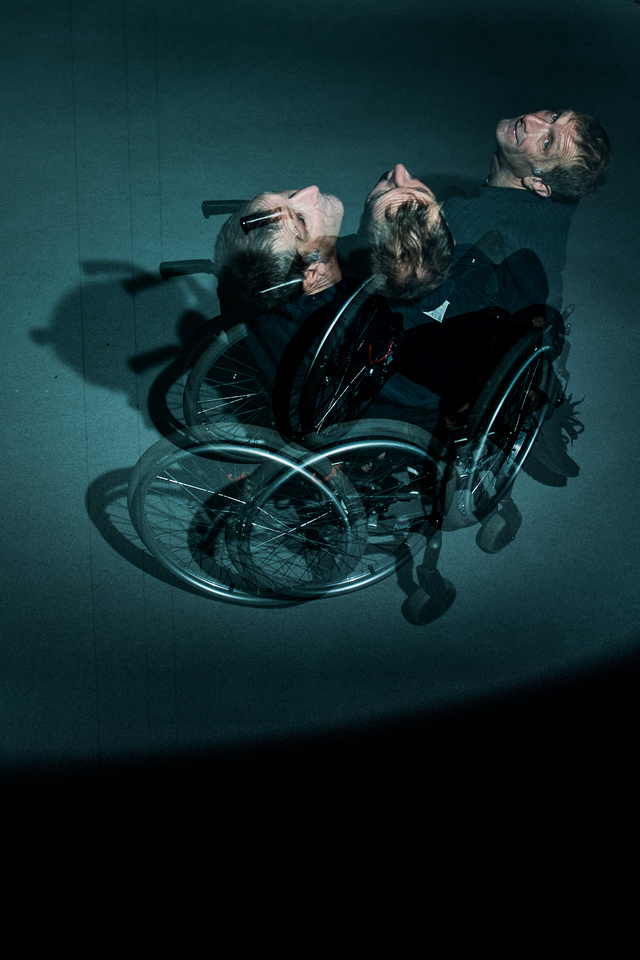 It is can be a bit awkward working with friends but I have never had a problem with Kevin as he is as trusting in me and my ability to produce something different, as I am in him performing something interesting and dynamic to capture. LED lights are great for video and using a continuous light source is also a great way to learn about lighting for students, but are not my first choice for Studio work. It is why most studio flashes are equipped with modelling lights, so you can get an idea of how the different light ratios you have set between sources are interacting with your subject before you start shooting. They are not the same as studio flash though and so we used the opportunity to allow Kevin the freedom to move around the large space and experiment with shooting from different perspectives. Much of what we shot is now added to a notebook of ideas from which to recreate larger format work for an exhibition, but some shots may well make it through as pieces in their own right. 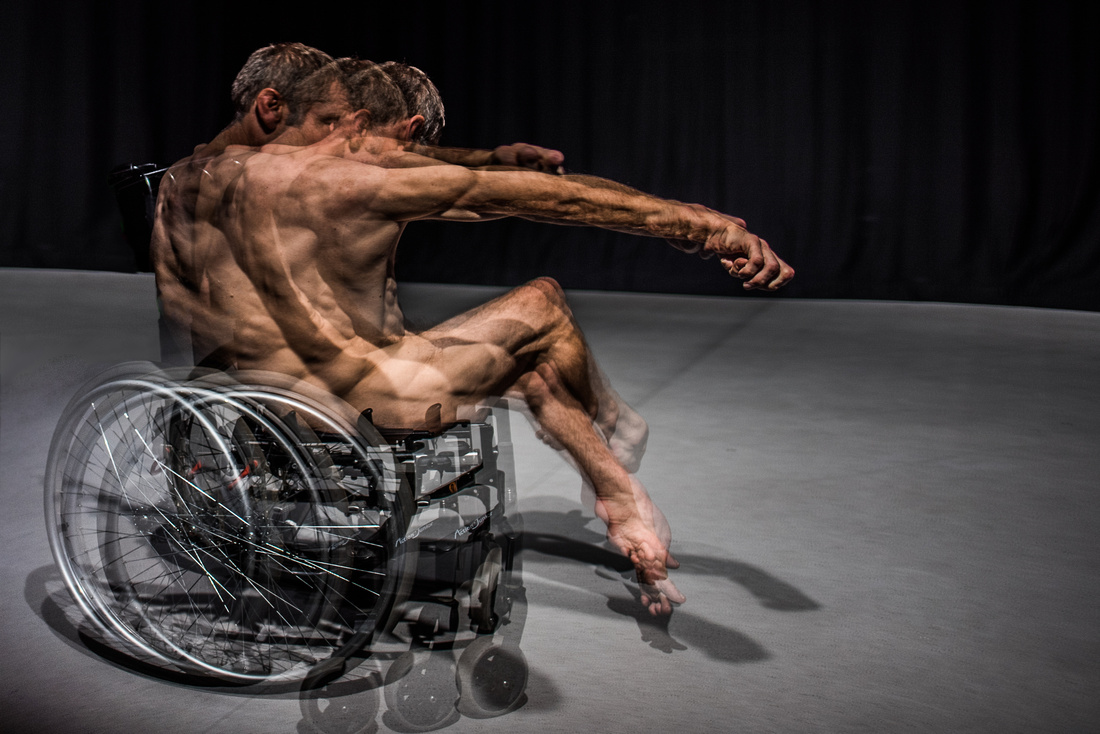 I shot with both Nikons (D700/D750) and the Sigma DP3M and used the height and width of the space to give us a much greater chance of documenting Kevin's unique movement. Shooting wide to catch improvised things and then cropping is OK bit I am beginning to find it a bit of a compromise when you know some of the work is going to end up printed or projected at large scale proportions, so I think we may well re-stage or recreate some pieces again with a different focal length or another camera. (MF or a MPM- Megapixel Monster). 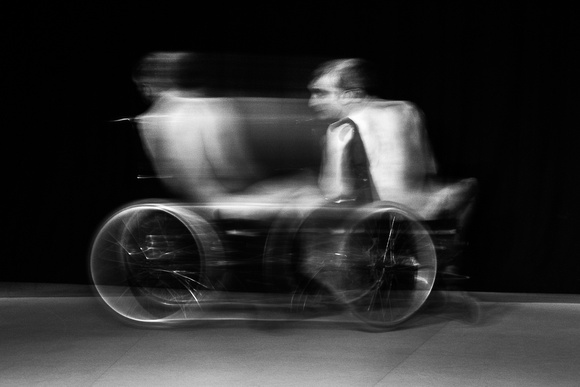 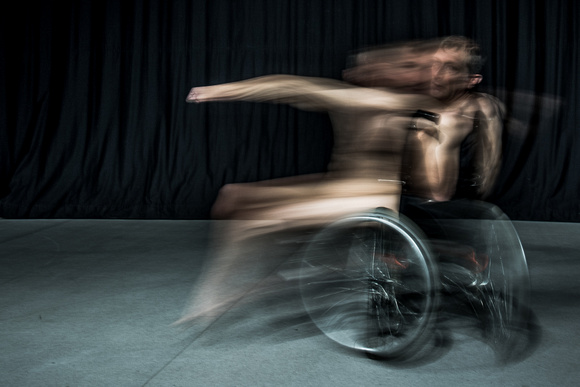 All in all it was a very productive afternoon and both the Sigma Art 35 F1.4 on the D750 and the DP3M proved their worth in beautifully rendering exactly what you point them at. Climbing up a step ladder was much more reassuring knowing that Adrian (one of Kevin's carer's was there) and getting down low again proved very successful in sharing Kevin's perspective for the viewer.

Can't wait for the next shoot. 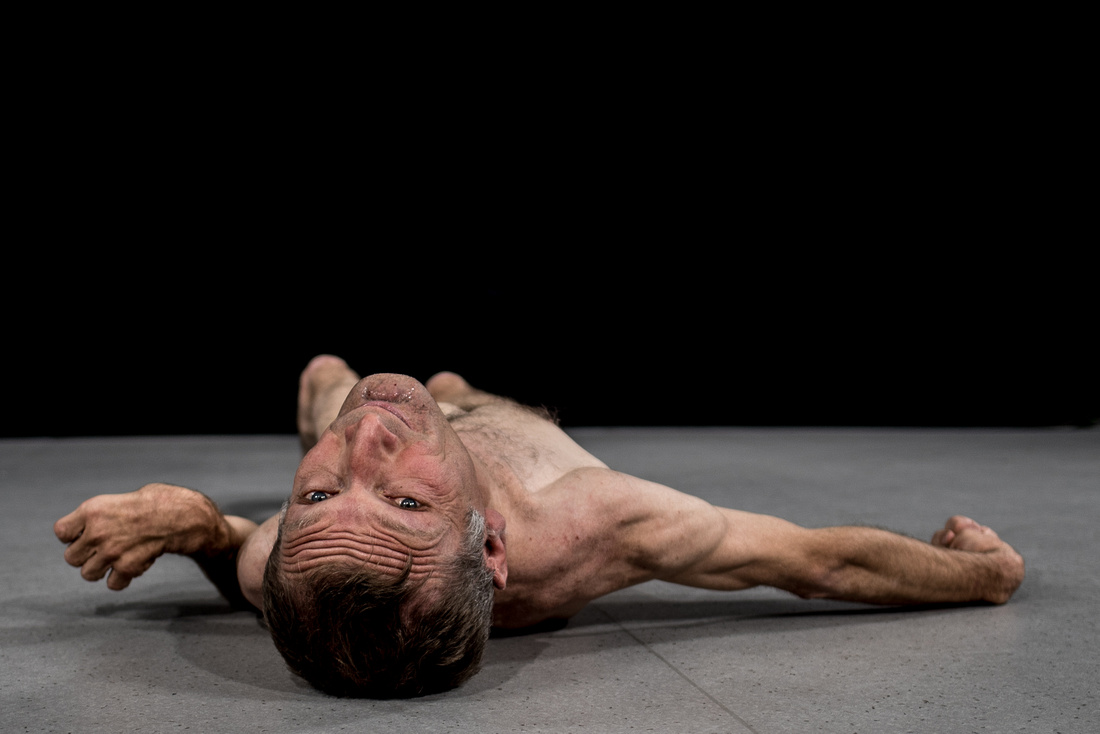 Kevin looking at you