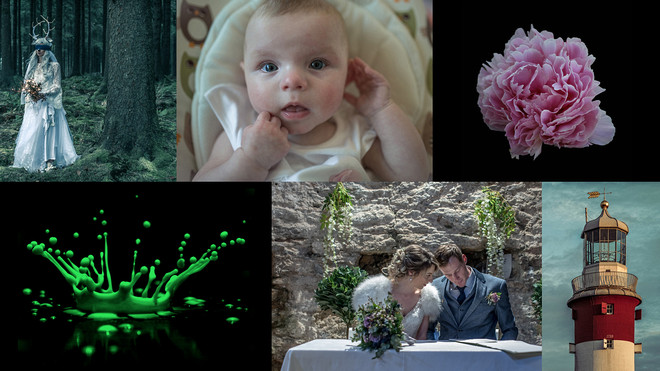 I am a Plymouth based Photographer, Film Maker, Artist and Musician who has been involved in creating award winning unique, uncompromising, unforgettable imagery since 2009.

I am also a freelance writer and an interactive digital media developer, being the sole proprietor and creator behind both Greenbeanz Photography and Greenbeanz Films.

I have been published as both a photographer and writer regularly in both the local and national press, online and in print. In local publications and organisations such as the Western Morning News, Plymouth City Council, and Devon Life as well as being a regular contributor to Boxing News and other national publications with work used by The National Lottery, The Arts Council, The Index Against Censorship, and Take Back Control among others.

Long before writing about, and photographing bands, such as The Selecter, Bad Manners and The English Beat, I have been involved with music and sound. Having formed and performed with many bands, since childhood, I then moved onto composing, and recording, engineering and then producing several albums before setting up an independent record label.

I exhibited my live music photography in the exhibition 'Blinded by the Sound' at four venues in 2016 and am also the award winning sonic, video and installation artist Manishima Ico. Winning the Media Innovation Award in 2008 and then again in 2009.

In my previous role as a student support worker and mentor I helped many young artists and technologists realise their visions and ambitions on the days when I was not creating things myself. I continue to write professionally on a wide range of subjects whilst remaining actively involved in community media development and the documentation of outsider art movements and underground musical culture.


I am an active proponent of nurturing independent thinking and innovation as a social responsibility and continue to work with many charitable and community organisations, campaigning for free speech, freedom from state censorship and the welfare and rights of disabled people.

Enough from me. Here is what some clients have to say about Greenbeanz Photography.

"Thanks for joining us for Stand Up for Satire. Your enthusiasm and willingness were refreshing, you came up with some great shots in spite of logistical challenges and you captured a little of that special sense of how it is to be there"

"Some great photos taken of Akil the MC last night by Greenbeanz Photography. Some of the best pictures we have seen so far on the world tour"

"Hi! I just saw a photo of me on the wall at Plymouth Underground- amongst many others, all with a degree of detail I've never seen before! Extraordinary quality! Especially that close up!"

“Hello! I work for Radiant/ Rumpuscosy and have just seen all the fantastic snaps you took at the Auction event last night. They're great! You've captured the atmosphere so beautifully! Thank you.”

"We just wanted to say thank you for all of the photos you did for us at The Wharf last Friday, they are absolutely brilliant."

"These are WONDERFUL. Thanks so much for taking them."

"Just wanted to tell you the photos from the Junction on Friday are incredible. Honestly, probably the best I've seen since I've been doing this, across Europe and loads of different photographers. Really awesome shots."

“Cracking shots man. Really captured the vibe. You certainly have a great talent doing what you do. Keep up the good work bro and thanks for capturing the moment the way you did “

“Great images from the weekend at Mount Edgecombe - cheers! I was the knight in the red, I'm also a professional photographer and really appreciate your work. Thanks again. “

“I love these photos. Best photos ever “

"Thanks so much for immortalising our Black Sabbath tribute show .. So much time, effort and attention to detail on all the videos. Look forward to working with you again!"

“This is truly the best coverage and photos I have seen out of all the bands I have played for. THANKS “

“I love the way you capture live performance in intimate detail and with real flair. I can't say thank you enough”