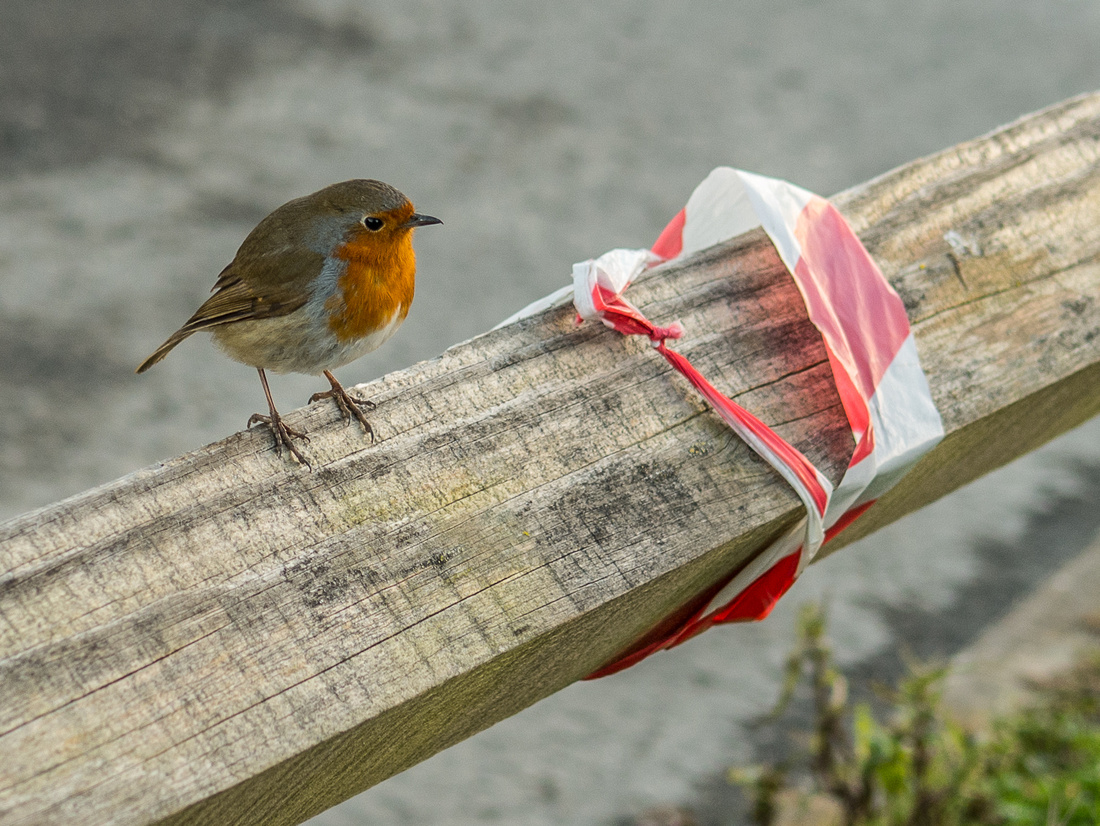 The European Robin is a familiar sight here in the UK in winter and is often associated with Christmas, though this is a fairly recent association with it's original role being that of a storm cloud bird sacred to Thor. There are other symbolic links with Christianity with the blood of Jesus being said to be responsible for it's distinctive red breast and another myth suggesting that the colour is the result of scorching whilst the tiny bird was fetching water for souls in purgatory. Whatever it's origins the bird is very well loved almost being adopted as the unofficial bird of the United Kingdom. 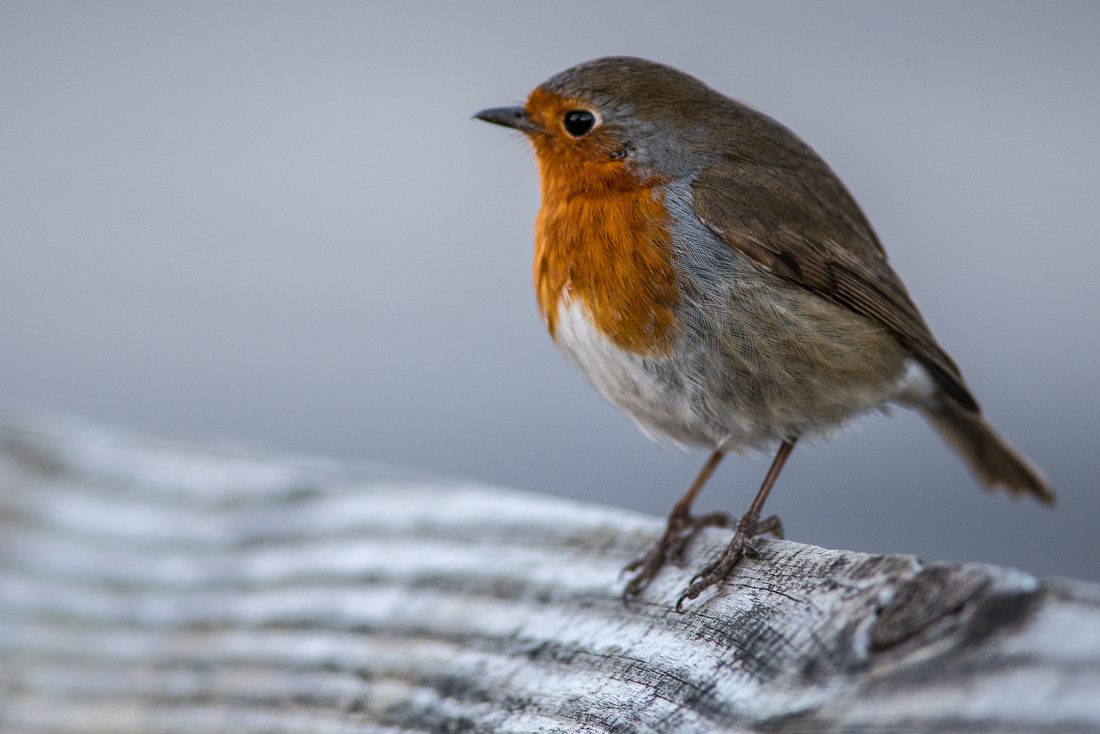 They are very friendly birds, often quite unafraid of humans and commonly referred to as the gardeners friend. They seem to have evolved this close relationship by waiting for easy worms when the human turns the soil over. This also makes them ideal subjects for young wildlife photographers with some being so tame that they will even eat from the hand. They will come to a table or feeder, and although they will move quickly like all small birds, a patient photographer with a telephoto or zoom lens should be able to catch them because they are not so prone to flight when they see you, as long as your movements are slow and steady. 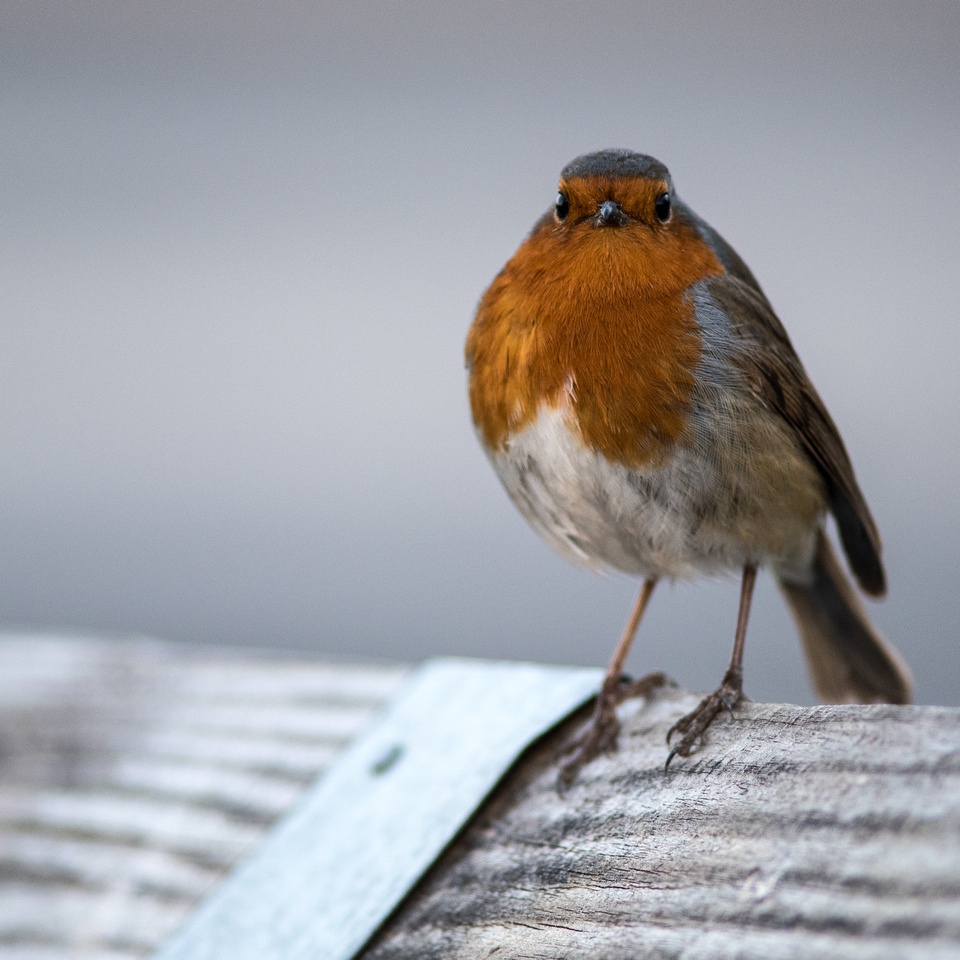 Yesterday whilst trying to track Canadian Wild Geese on their evening flight to Saltram House over the water I encountered a Robin in the car park next to the water. He watched me attaching my Nikon 300mm f/4D ED to the D750 from his perch on the fence right next to me. He was literally within arms reach. Unfortunately that is considerably less than 8 feet the minimum focus distance for this classic telephoto lens. Luckily I had my Panasonic G7 with the Leica 25mm f1.4 mounted and so managed to pick this up and catch a couple shots before he flew a short distance away.

I then went to try and find some flying ducks or geese. The light was fading but the bigger birds had either passed earlier or went somewhere else for the night and so I took a few landscape abstractions and then made my way back to the car. I popped the boot and then walked to the front of the car to peer down the embankment as one final check for the geese. Nothing. Turning back toward the car who did I see perched on the open boot? The Robin. 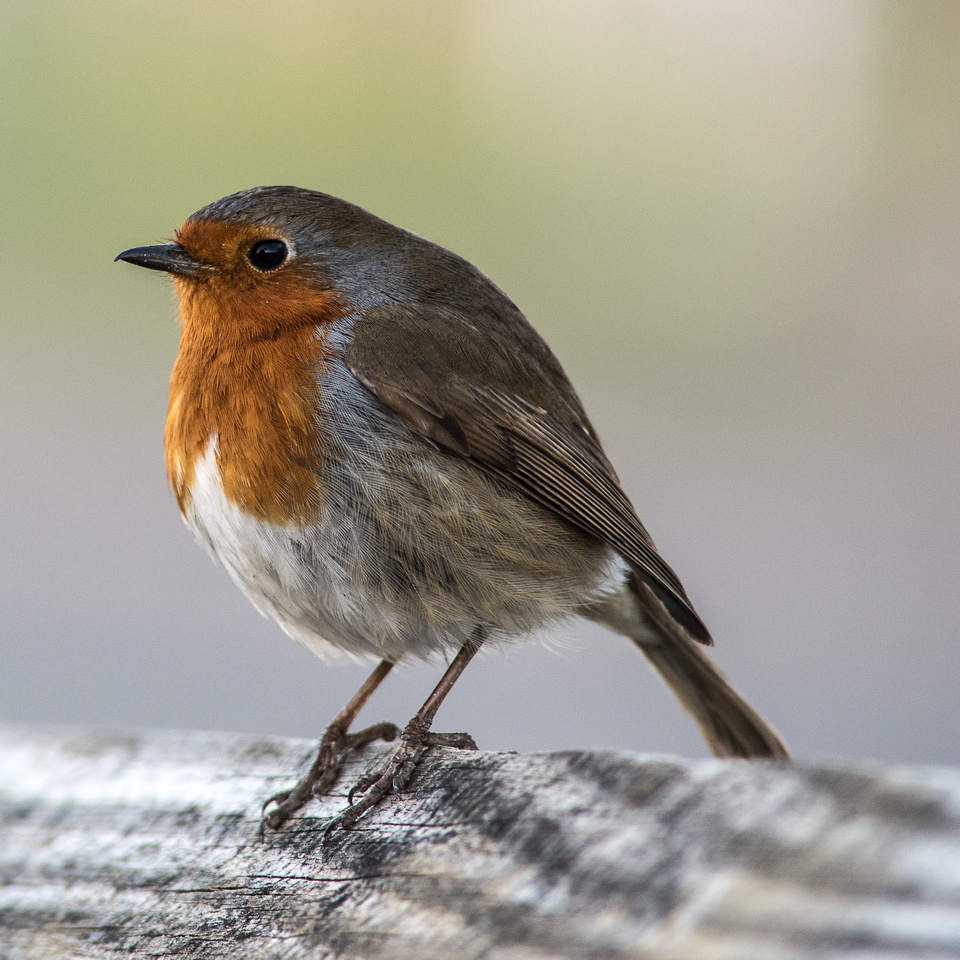 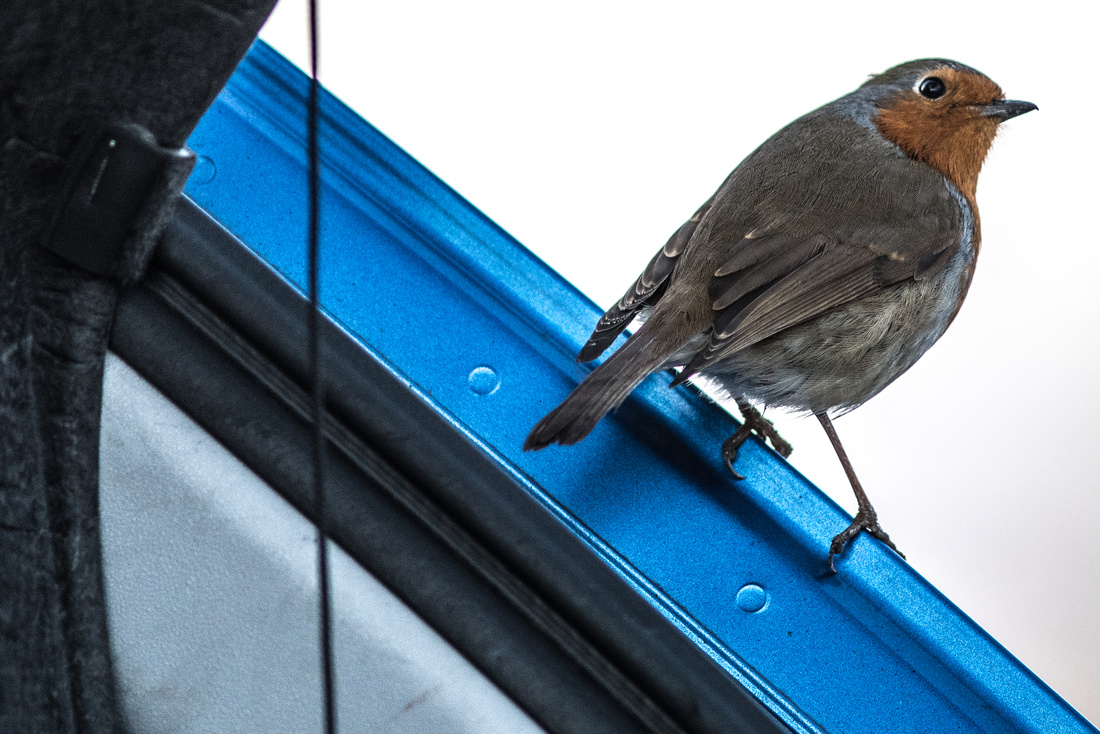 In fact so bold (or hungry) was the little guy that he even perched on my open camera bag for a second. I missed that shot but got a few of him in and around the car and back perched on his fence before sensing that I was probably not one of the local anglers digging the mud banks for juicy worm bait, he flew away.

Never met a friendlier Robin in my life. 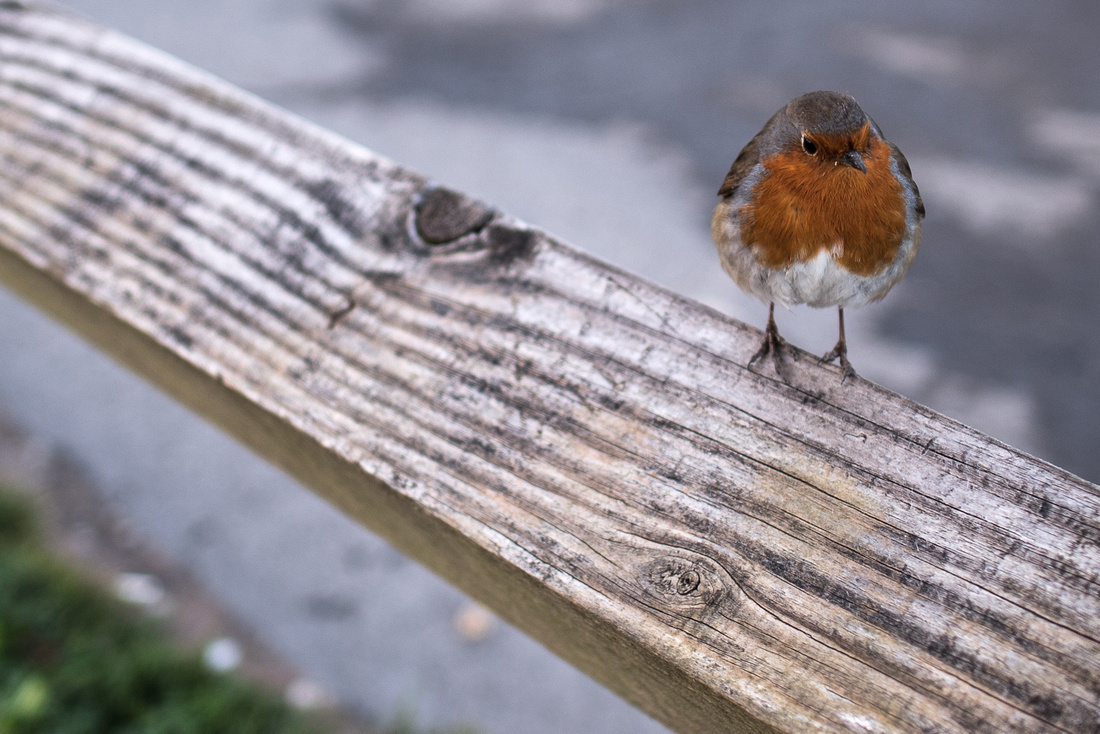